VAN WERT, Ohio – When youth arrive at The Marsh Foundation they are often struggling with a variety of problems and challenges. Itzel Jarrett was no different when she arrived on Halloween morning at the age of 14. That was seven years ago and a lot has changed since then. Jarrett has grown into a successful young woman and she said it is because of the strong influence The Marsh and its staff have had in her life. 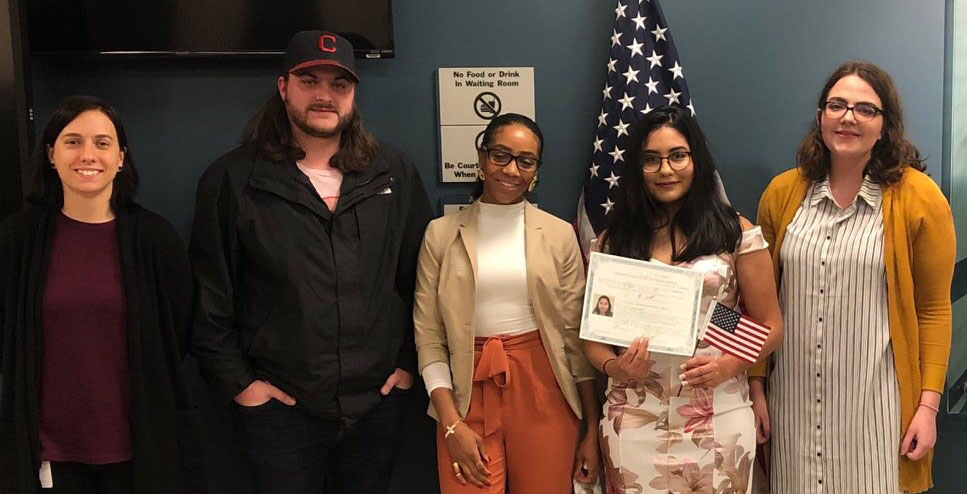 According to MacKenzie Basil, program manager at The Marsh, Jarrett really blossomed and found herself during her time at the group home. “She has been the most rewarding kid to see flourish,” Basil said. “She found herself at The Marsh and discovered her own, unique personality.” She was successful at The Marsh and graduated the program at Clymer Hall in less than two years.

Jarrett credits The Marsh with a lot. “It was the first place I ever called home. It was the first time someone trusted me and actually loved me for who I was,” she said. “I didn't have to pretend to be something I wasn't any more to survive.”

Right after graduating high school, Jarrett enrolled in college. She is currently attending Wright State University with the goal of becoming a social worker and eventually hopes to work at The Marsh full-time. She feels as though because of her background and experience in the group home herself she can relate to the kids in the group homes. “I want to be a family teacher because the family teachers I had when I was here had a huge impact on me and I want to have that impact on kids,” Jarrett emphasized. “If I become a family teacher, I will be a walking example to all kids that they can make it too. I made it, so can they. They deserve to see that it’s possible,” she added.

Adopted, Jarrett grew up being told she was a United States citizen. However, that was not the case. Basil and other staff at The Marsh, helped her to process this information and deal with the trauma she endured while with her adoptive parents. This experience motivated Jarrett to turn her life around and aim for success. In addition to enrolling in college, she also has pursued her citizenship.

On February 26, Jarrett officially became a citizen of the United States. She said the process was nerve-wracking, wondering if she would be denied. Thanks to her support system through The Bridges program and The Marsh, the paperwork and application process was relatively easy. “I needed my green card. The funny thing is I was about to throw it away freshman year of college because I didn't think I needed it but something told me I should keep it and I'm happy I did,” she said.

Last summer and this upcoming summer Jarrett will be employed at The Marsh doing seasonal work. When universities shut down because of the COVID 19 pandemic, Jarrett didn’t have anywhere to go. The Marsh was able to open the summer apartment she was scheduled to occupy this summer. “To all the people that helped me, I want to say thank you for having a great impact and showing me the proper tools to make it,” she said. “Each person that walked in my life while at The Marsh helped me become this strong woman I am today. I wouldn't be where I am today if I didn't have The Marsh’s support.”

The Marsh Foundation is a not-for-profit children’s services agency that provides services in a variety of settings. Services include group homes, family foster care (ages 0-17), an intensive treatment program, adoption, and independent living services. Located in Van Wert, Ohio, the organization’s group homes are licensed for up to 30 children ages 7 – 17, offers an on-campus school for grades 2 – 12, and provides a variety of clinical services to group home residents, foster care children and community members.